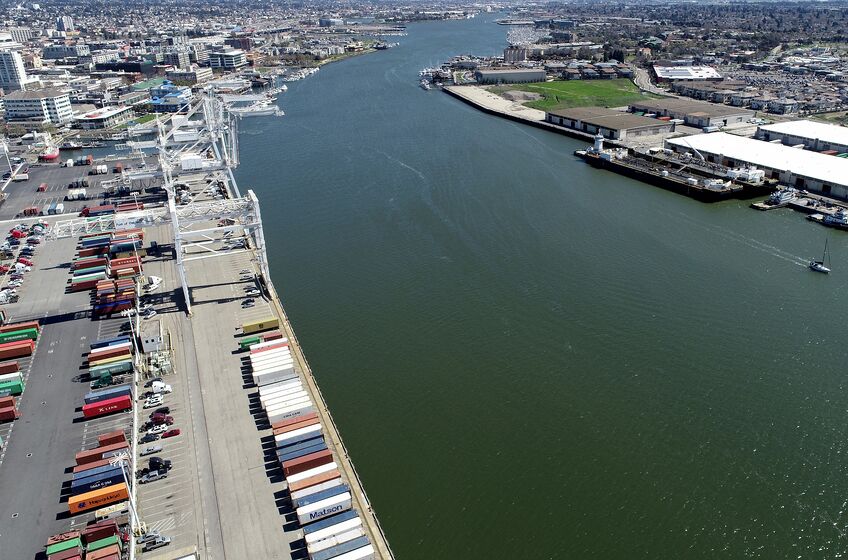 OAKLAND, CA – MARCH 13: Howard Terminal and the Oakland Estuary are seen from this drone view in Oakland, Calif., on Wednesday, March 13, 2019. The site is being considered for the Oakland Athletics new ballpark and for housing on the northern side near Schnitzer Steel. (Photo by Jane Tyska/MediaNews Group/The Mercury News via Getty Images)

WWE Money in the Bank preview: Roman Reigns vs. Elias by Cynthia Vespia

How Game of Thrones failed Daenerys Targaryen by Joshua Axelrod

The Oakland A’s need a new stadium and the long-awaited first step has been granted by the local port authority.

For at least one more season, the Oakland A’s will share the Oakland Coliseum with the NFL’s Oakland Raiders. But the Raiders are leaving for Las Vegas soon, and the future of the A’s in the Bay Area is a question if they continue to play in the 53-year old ballpark.

On Monday, the Port of Oakland’s Board of Directors unanimously approved an exclusive negotiating agreement with the A’s to provide land at the inactive Howard Terminal. The commission has tentatively agreed to give the team four years to complete an environmental-impact report on the 50-acre site.

The A’s hope to build a 35,000-seat ballpark as the centerpiece of a housing and retail development. Team president Dave Kaval said the deal would generate an estimated $3 billion in economic impact for the downtown and West Oakland communities, along with 5,000 jobs.

“It’s really a transformative project for Oakland and the Oakland A’s and generations to come,” Kaval said.

As is typical in these situations, there is some push back against the A’s building a stadium at the Howard Terminal site. Members of the International Longshore and Warehouse Union and the Marine Engineer’s Beneficial Association staged a protest outside Monday’s meeting, arguing that  putting a stadium so close to an active port would adversely affect their jobs while also creating traffic issues.

There’s an artist rendering of the A’s stadium. seen in a tweet from the team.

Today’s the day!
Port of Oakland Commissioners will vote on a preliminary term sheet, the first step toward building a ballpark at Jack London Square.
Join us for our community rally with free food and activities today at noon as we celebrate and show support for this project. pic.twitter.com/0Hs1QOhdx0

Next: 5 prospects who can help the Miami Marlins this year

There are some crucial steps left in the A’s’ pursuit of a new ballpark, including the sale or lease of the land and getting city council and state approval. But after a prior failed effort to secure space on the Laney College campus, initial approval for the land to build on has been received this time around.