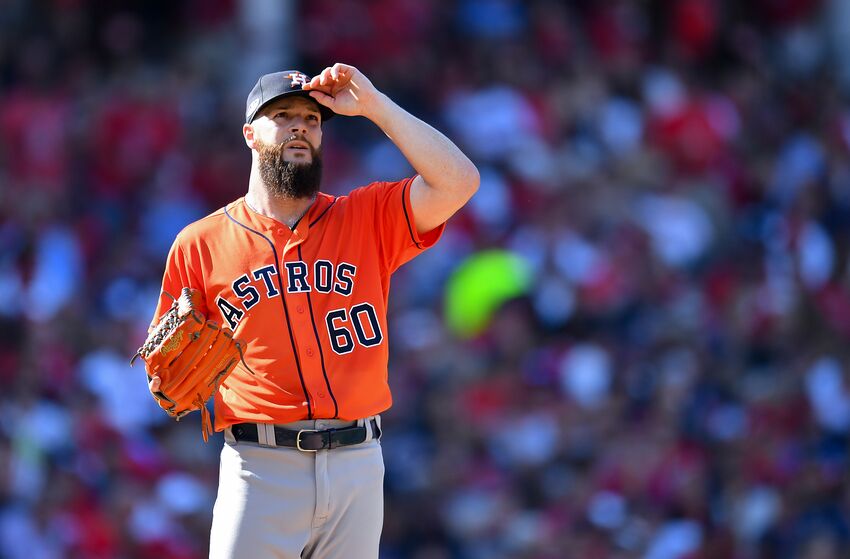 CLEVELAND, OH – OCTOBER 8: Dallas Keuchel #60 of the Houston Astros looks on during Game 3 of the ALDS against the Cleveland Indians at Progressive Field on Monday, October 8, 2018 in Cleveland, Ohio. (Photo by Joe Sargent/MLB Photos via Getty Images)

The Yankees and Dallas Keuchel are locked in tense contract negotiations. Brian Cashman needs to stick with his current offer to the talented southpaw.

Most MLB executives still believe Dallas Keuchel is going to end up signing with the Yankees, but no agreement has been reached yet. The sticking point between the two parties seems to be Keuchel’s desire for a multi-year contract.

Sources close to the team insist that the Yankees “strongly prefer” a one-year deal. It stands to reason that Keuchel’s agent, Scott Boras, would like to get a longer deal for his client. Keuchel doesn’t want to end up dangling in the free agency market again next season.

General manager Brian Cashman needs to hold firm on this one. Yes, signing Keuchel would give his rotation a significant shot in the arm for the 2019 season. Injuries to Luis Severino and CC Sabathia are a real concern. The fact that Domingo German will likely be placed on an innings-limit this year makes the addition of one more starting pitcher a near necessity for the franchise.

It’s Cashman’s job to look at the state of the Yankees franchise for this year and the future. The simple truth is that there may not be room for Keuchel in New York’s 2020 rotation unless another rash of injuries hits the team.

Sabathia will be off the books via retirement, but there are a lot of other pitchers that are virtually guaranteed a spot in Aaron Boone’s rotation. Masahiro Tanaka, James Paxton, Luis Severino and JA Happ are all locks to take up four of the five starting spots barring injury or a surprising trade. That leaves German, Jonathan Loaisiga and Jordan Montgomery all to compete for the last spot in the rotation. Adding Keuchel to that mix could easily overcrowd the Yankees’ rotation next season.

Cynics will point out that injuries always happen and no team can ever really have too much starting pitching. There’s a certain element of truth to that line of thinking, but you can spend too much money on starting pitchers who aren’t aces. If New York is going to add another big-name to their rotation next season it needs to be a No. 1 option who can swing a playoff series. Keuchel isn’t that guy in this stage of his career.

Next: Grading each member of the Yankees starting rotation

The right thing for the Yankees to do is to continue to push Keuchel to agree to a one-year deal but at a hefty price tag. Cashman can afford to overcommit to the left-hander in terms of dollars, but giving him more than one year of guaranteed money would too greatly restrict the franchise’s flexibility moving forward.